The Seahawks start the 2022 offseason 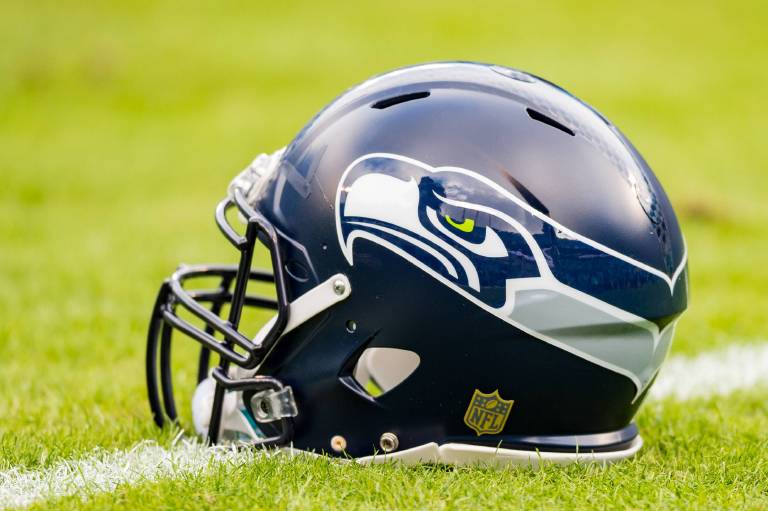 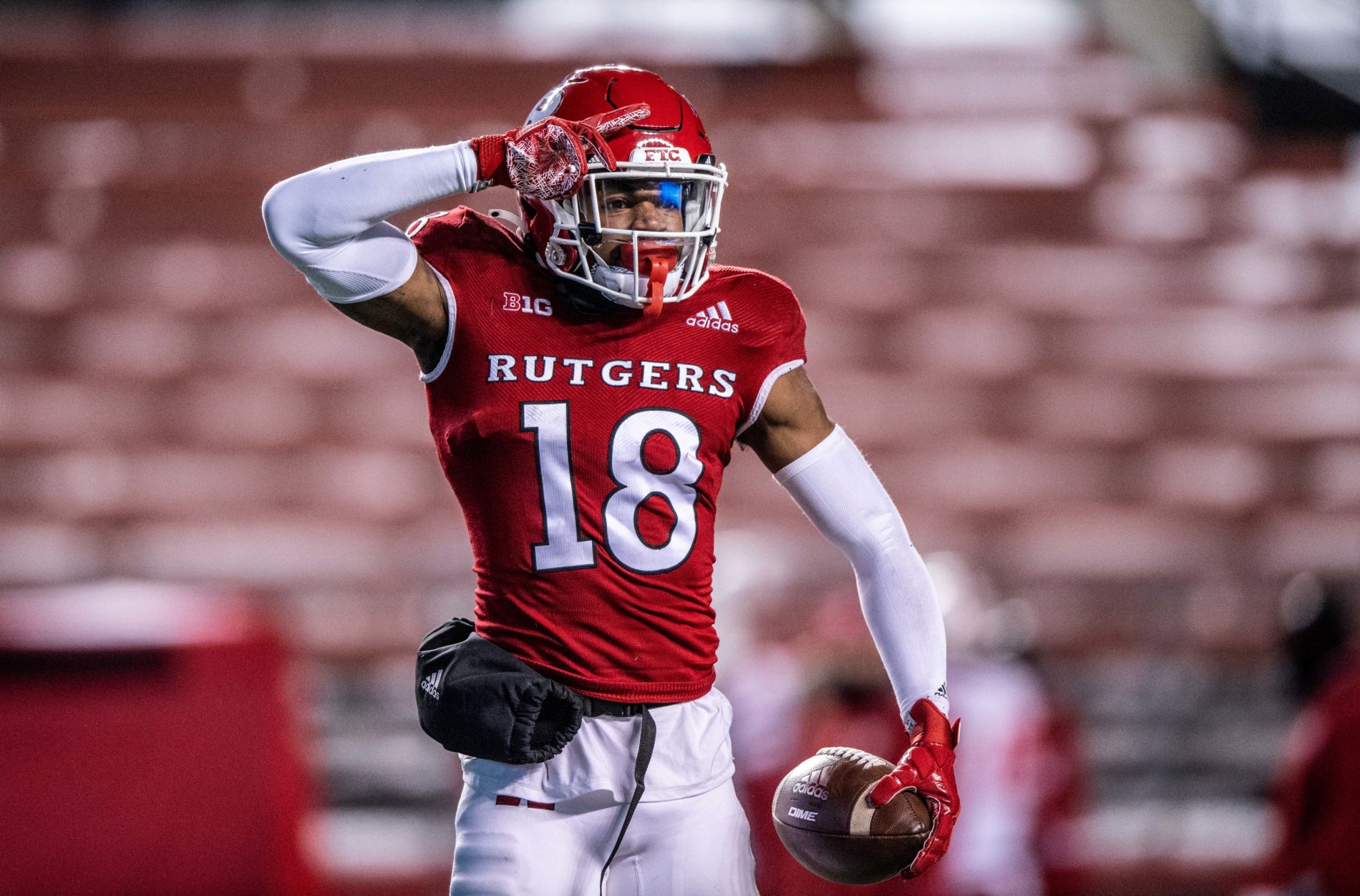 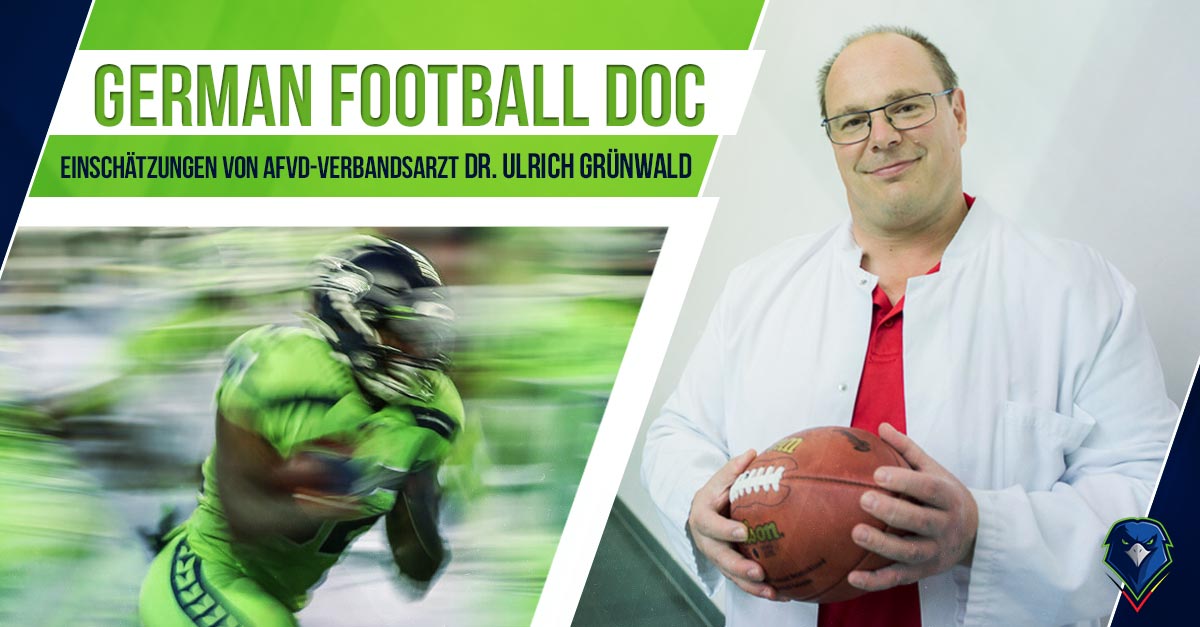 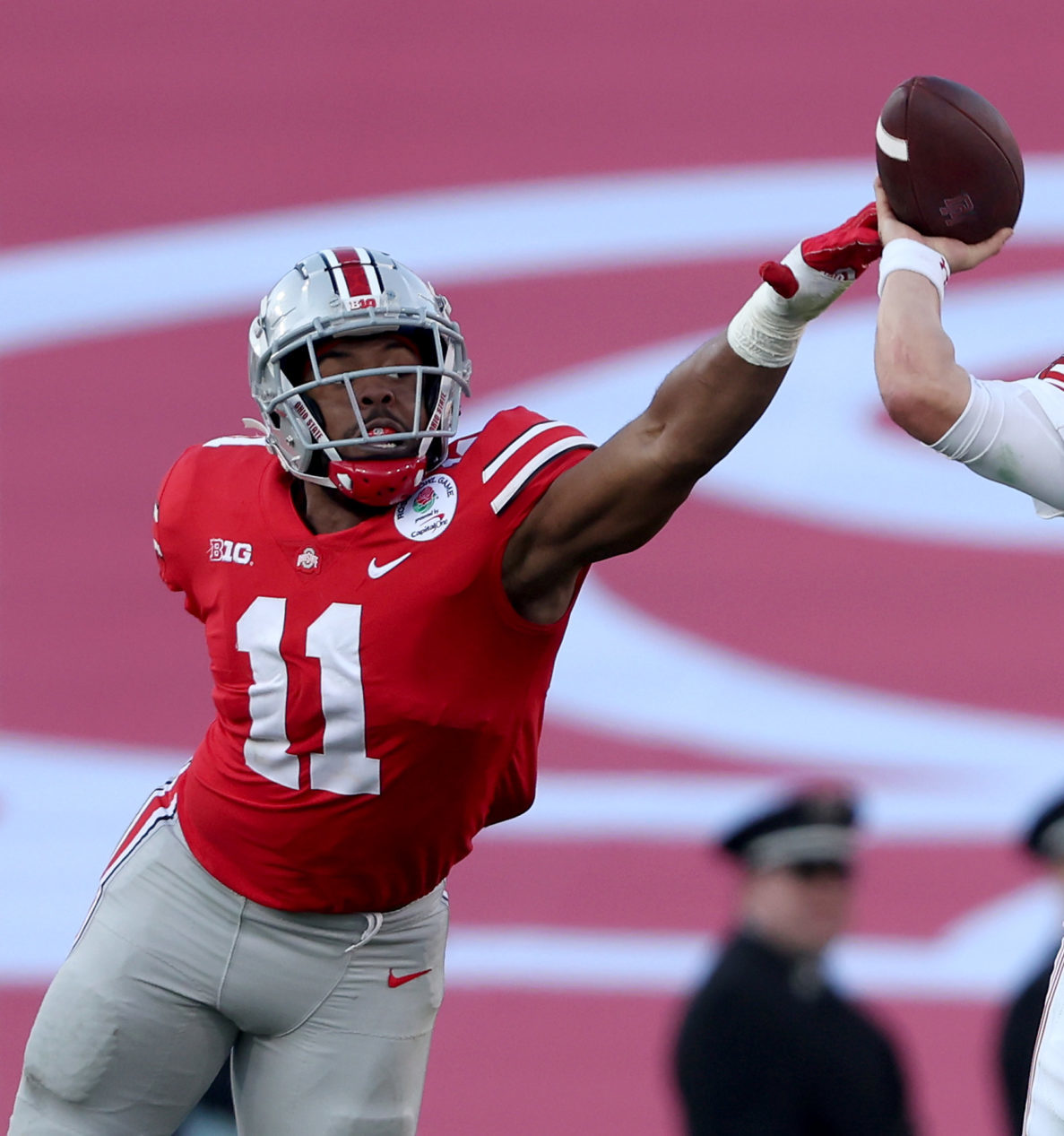 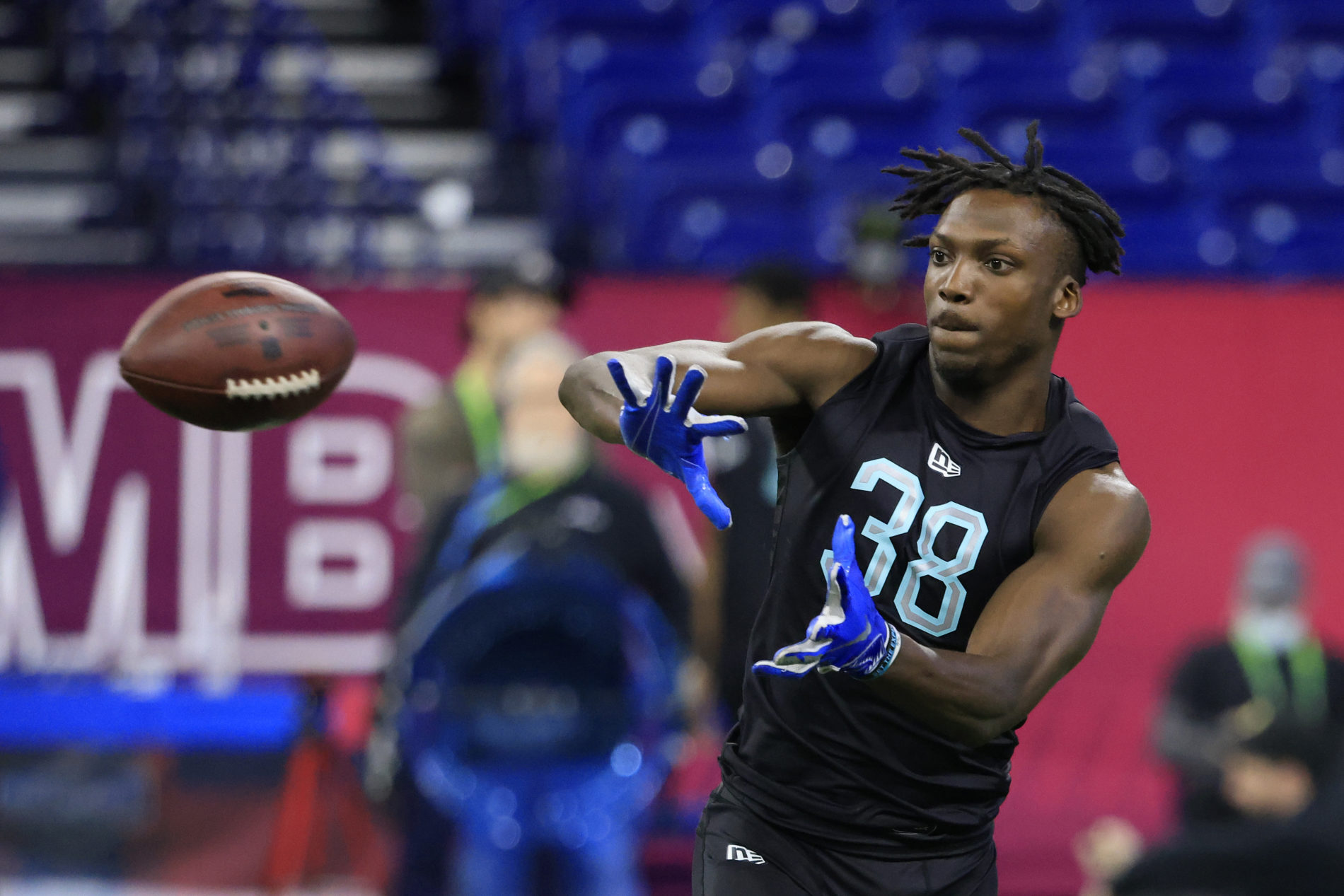 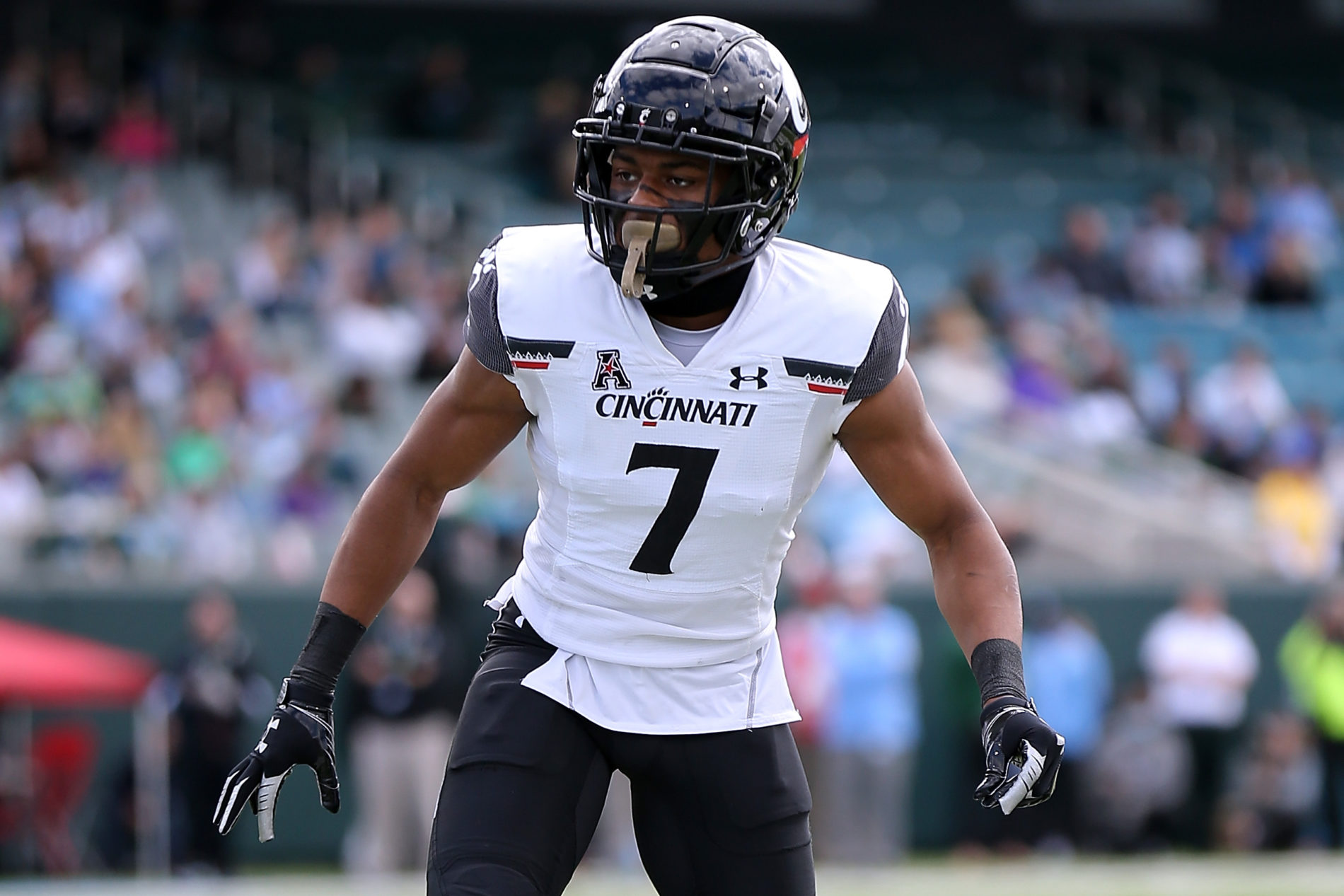 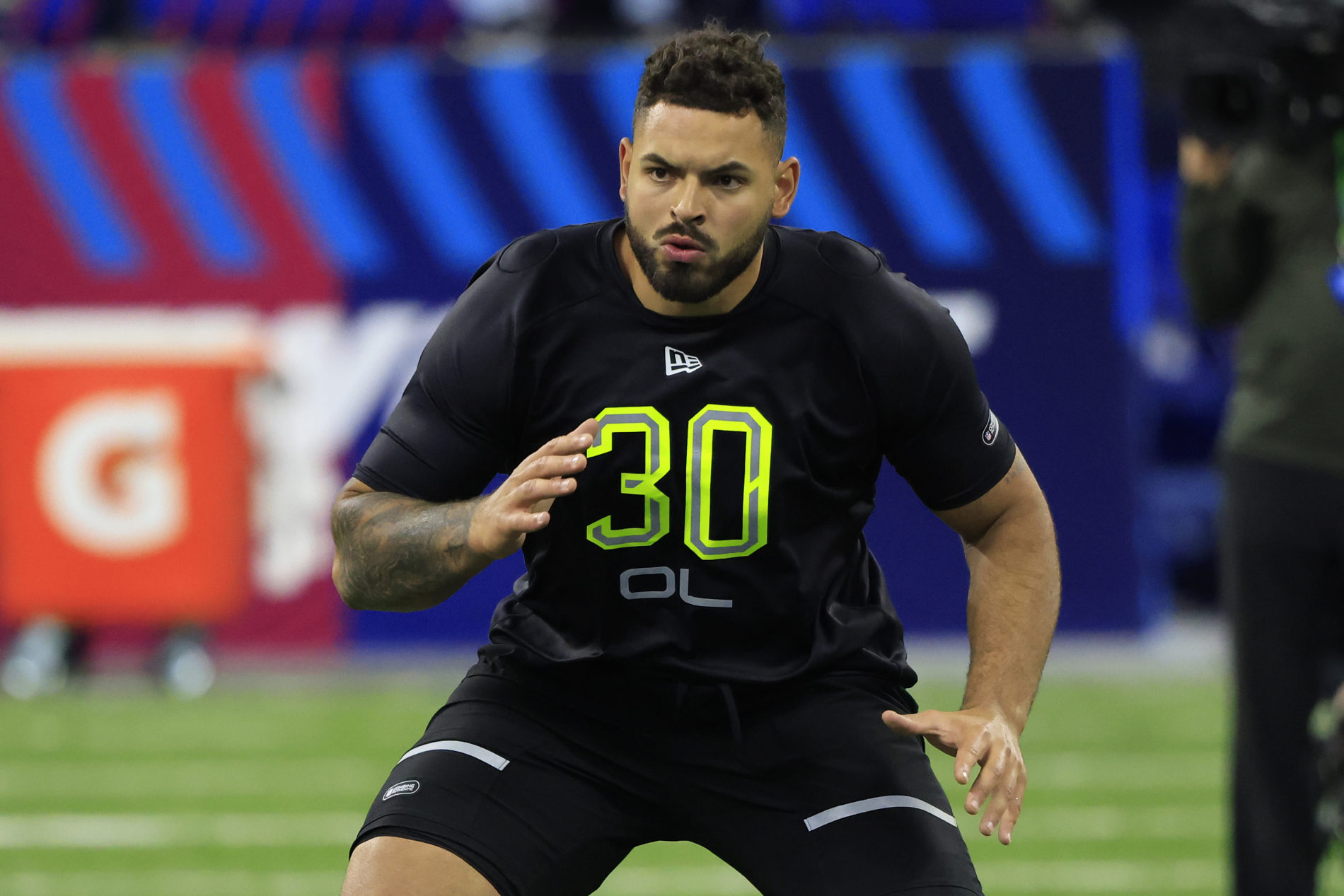 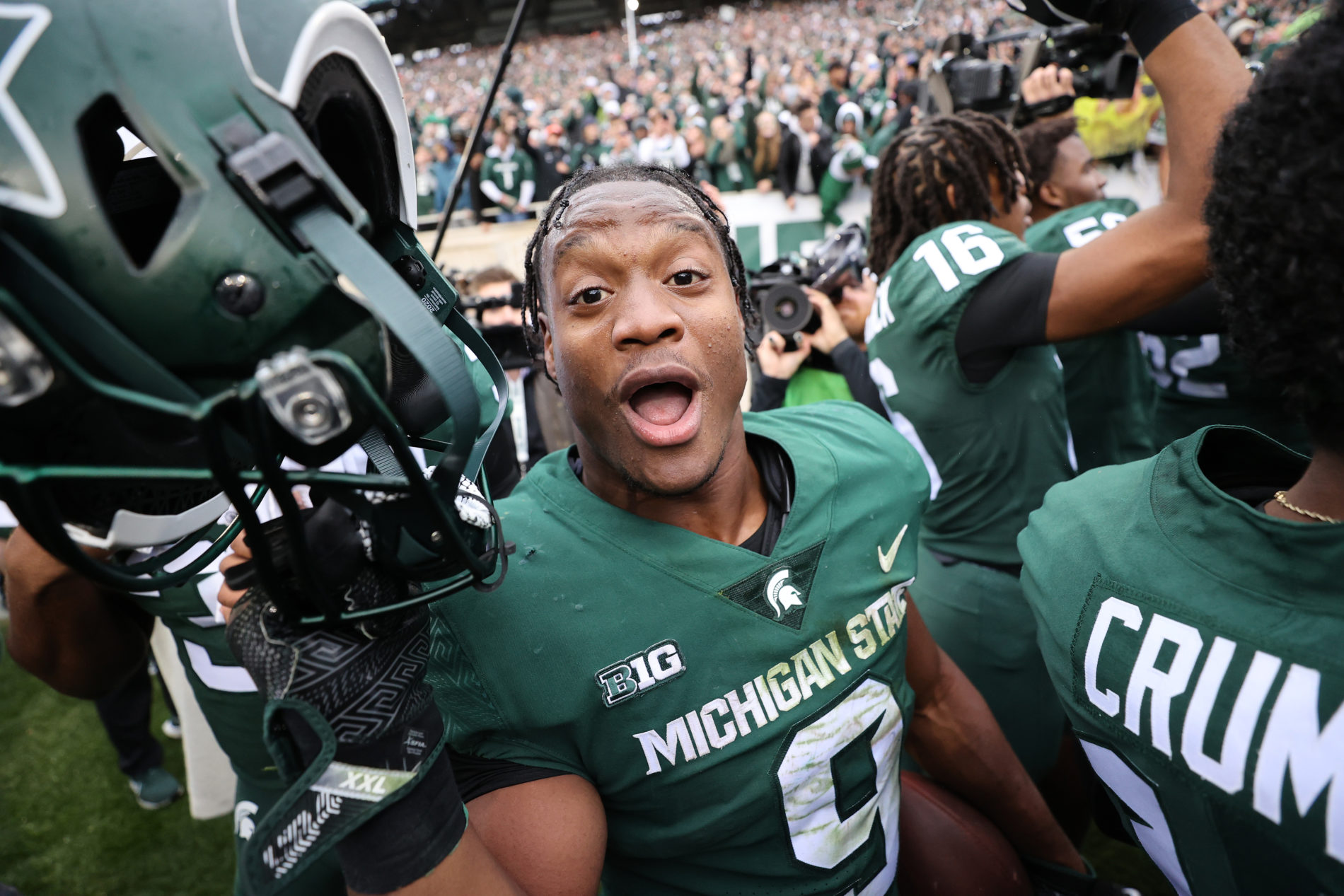 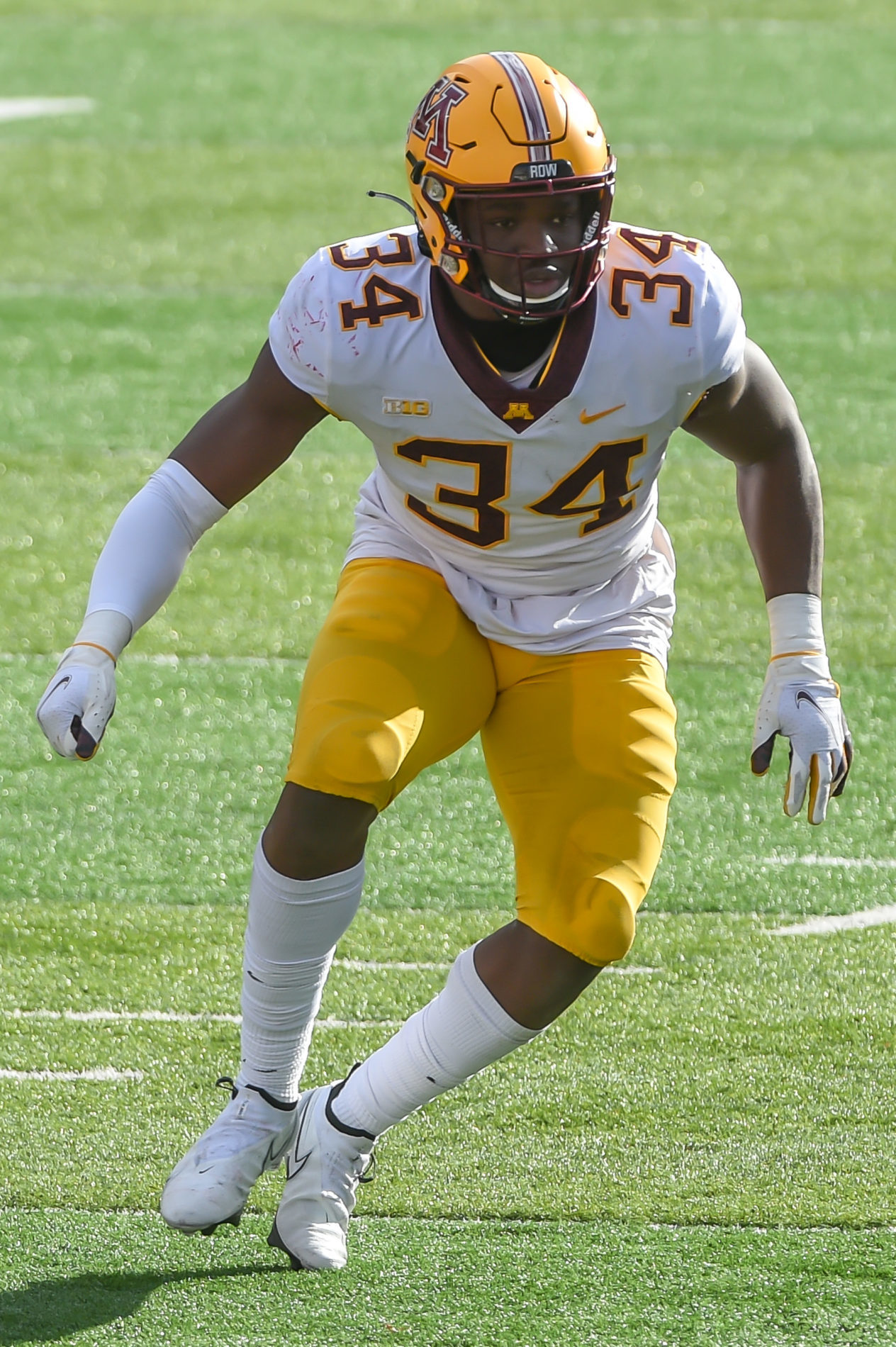 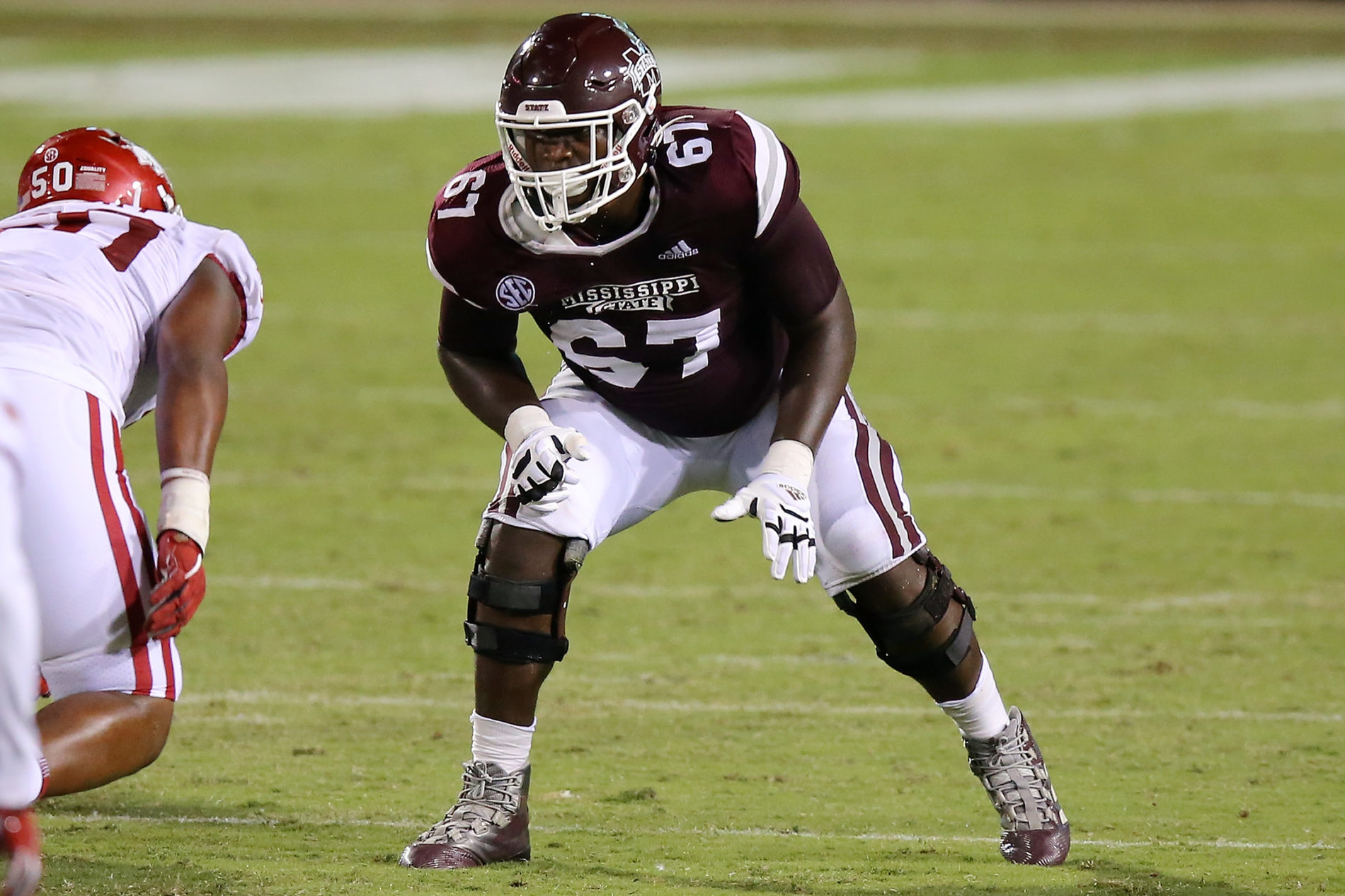 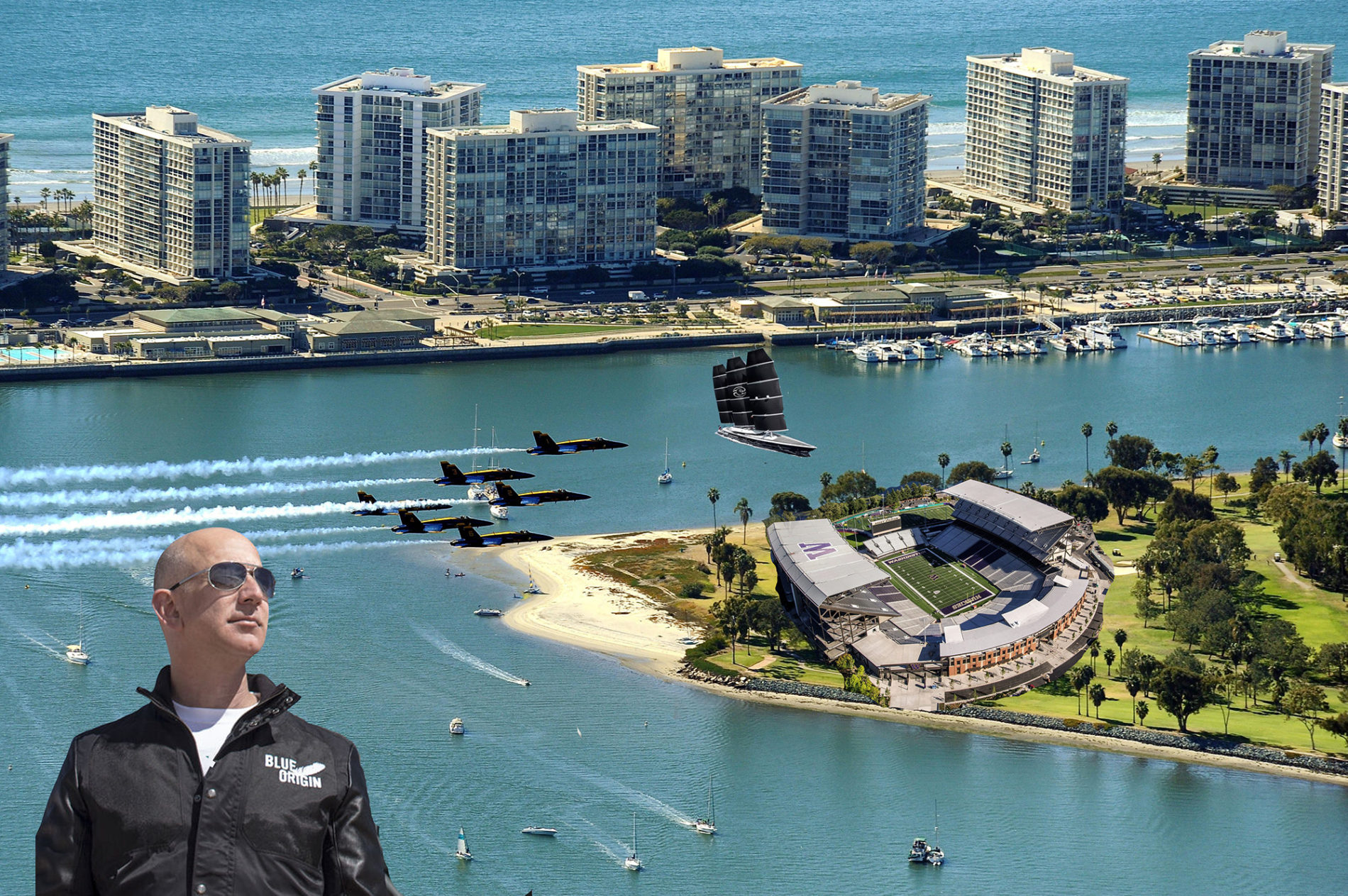 After the absolutely disappointing season of the Seattle Seahawks and before Super Bowl LVI, we want to start the offseason 2022 and look ahead. The owner and the front office have to make important decisions in the coming weeks and months in order to be able to put a competitive coaching staff and the right team on the field in the 2022 season. Personnel, injuries, finances, game plan - here comes the overview including the outlook.

The good news first: The Seahawks have the most important pillars of their team under contract again in 2022. The bad news is that fans will have to be prepared to see one or two of their favourite players leave Seattle this offseason. S Quandre Diggs has earned his regular place in the secondary with great performances in recent years. But other teams have probably noticed that, which will drive up the price of the free safety considerably. The only question is how much his injury will affect his market value. So the question is: Can the Seahawks afford two expensive safeties next to each other? Both starting tackles will also become free agents, so the question here is how they want to go into the future and who they extend to do so. And then, of course, there are the discussions about possible star departures via trade or cut...

The following 30 Seahawks players will become Over The Cap Free Agents when the new league year begins on March 16, according to Over The Cap:

Exclusive Rights Free Agents (ERFA) are players to whom a franchise has special rights. The team can therefore offer them a contract at minimum conditions in order to bind them. Street Free Agents (SFAs), unlike UFAs, can sign with a teamatany time before the start of the new league year once they are no longer under contract. Their old contracts (usually Practice Squad or Injured List) expired when the season ended.

From the Practice Squad of the past season, the Seahawks have already signed several players to a future contract for 2022. These are:

More than a week after the end of the season, the first rumours about the Seattle Seahawks' coaching staff emerged: According to insider Corbin Smith (Sports Illustrated) - and this is the most important news - Head Coach Pete Carroll will stay in Seattle. Whether this is the right decision by owner Jody Allen remains to be seen. However, she seems to remain confident in her vice president of football operations even after a bitter season.

Instead, defensive coordinator Ken Norton Jr. seems to have been hit and will have to leave the Seahawks. For the defence, the season was a rollercoaster of emotions. Although they allowed relatively few points compared to the other teams, they allowed short yardage and kept drives alive. The "bend but don't break" mentality seemed to have been Norton's top maxim and led to adventurous time of possession statistics. That's exactly what wasn't enough. After three years as defensive coordinator (and six years as linebackers coach before that), his chapter in Seattle ends.

On the other side of the ball, the front office seems to have been rather satisfied with the developments of the offence. Offensive coordinator Shane Waldron's ideas for the game flashed through again and again (e.g. games against the Colts, 49ers, Cardinals). On the other hand, our new OC was not able to sustainably improve the construction sites on 3rd down and the creativity in playcalling. He seems to have been given a kind of puppy protection here (also due to the two OC changes in the two years before), which secures his place on the sidelines for now. One thing is clear: a clear improvement in performance must be visible here in 2022.

Among the assistant coaches, (Defensive) Passing Game Coordinator Andre Curtis will have to take his hat off. Originally a secondary coach, Curtis has been on the Seahawks' coaching staff for six years in various positions. Now his position is to be filled. Another name is being bandied about elsewhere at Lumen Field: D-line coach Clint Hurtt seems to be a contender for the now vacant defensive coordinator job. While the Seahawks also want to consider outside candidates, the front office appears to want to promote the four-year assistant DC. Other changes in the assistant coaching ranks are possible, this will largely depend on how the coaching search goes with the other NFL teams. In any case, there are no rumours yet.

UPDATE: Meanwhile, the separation of Ken Norton Jr. and Andre Curtis is official. Rumour has it that Seattle has also asked to interview Ed Donatell, the current DC of the Denver Broncos.

The Seahawks have requested permission to speak with Broncos DC Ed Donatell for their defensive coordinator job, per source. Donatell has coordinated and coached NFL secondaries for decades.

Around the Super Bowl LIV, the editorial team takes a detailed look at a few topics that were the talk of the Seahawks in the past season. Here is the overview (will be expanded as soon as the texts are available):

The Seahawks are currently around 56 million US dollars under the salary cap for 2022 - if this is increased to 208 million for the coming league year, as Over The Cap currently forecasts. Seattle would then be in 7th place in the league in purely financial terms, but that is also sorely needed with the extensions that are pending.

Fortunately, the contracts of S Jamal Adams and P Michael Dickson have already been extended and are not up for renewal this year. But especially the extensions in the secondary (S Quandre Diggs and CB DJ Reed, possibly also CB Sydney Jones) and in the O-line (T Duane Brown and T Brandon Shell) will be expensive and the question arises who actually earned what money from this list.

With a view to the 2021 season, it is also urgently necessary to strengthen the squad in terms of width and depth. A new centre is desperately sought and the third wide receiver is not yet ideally filled. There are also gaps to be filled on the defence side. Especially in the rotation of the D-line, at linebacker (regardless of all considerations, Bobby Wagner is not getting any younger...) and at cornerback, there are still gaps open.

Over the offseason, we will probably be haunted by the following two rumours that already emerged at the end of the regular season: Russell Wilson will leave the Seahawks via trade and/or Bobby Wagner will be cut. The former is mainly due to the discussions from the previous offseason, the latter is due to the age of our star LB. Wagner's performances have continued to be good, but not as top-notch as they have been in recent years. He is trending downwards rather than upwards and the contract is very expensive at around 20 million dollars. A cut could save over 16 million. That has to be at least worth thinking about.

It is also worth taking a look at the rather expensive contract of K Jason Myers, who could save around 4 million dollars in the event of a cut. The performances this season were simply too weak and you can always get a halfway solid veteran kicker at the minimum.

After a disappointing regular season, it's clear that the Seahawks would be picking 10th in the 2022 NFL Draft if they hadn't given their first-round pick in the trade for Jamal Adams to the New York Jets. As it is, however, the situation isn't particularly pleasant, as such a high pick (quite unique in recent years after all) would have given them the opportunity for super support from the start of the upcoming season. The pick in round six was also given to the Jaguars (trade for Sydney Jones).

So we have a total of six picks available in the upcoming draft:

Compensatory picks for the 2022 NFL Draft will not be released until early March, as usual, so the final draft order has not yet been determined and we only know which picks we will have in which round.

Let's now look ahead. These are the opponents in the coming season:

The final fixture list is usually published in mid-May and then promptly posted here on the website. After the 17th game in the past season was the away game at the Steelers, we have one more home game this year.

Finally, here is a plan with all the important dates for the 2022 season: